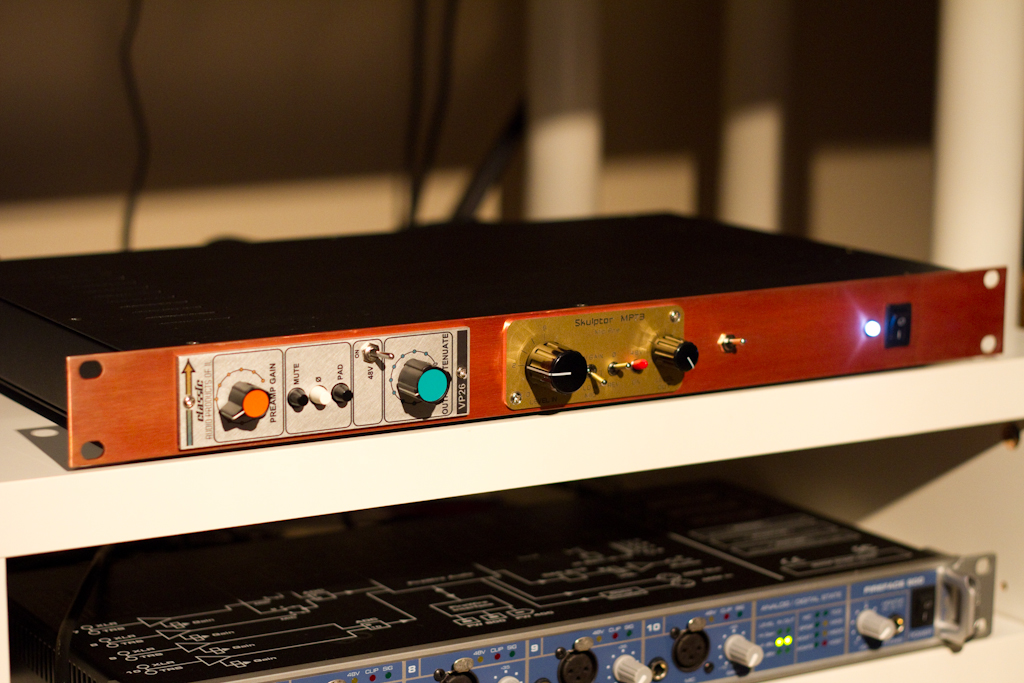 To finally round off a good solid month or two of building audio electronics studio stuff for the album ( in this case some gorgeous pre-amplifiers for recording vocals ), I decided, just before handing over the final product to Lee Safar, to try my hand at DIY Anodizing….

So it was off to the wonderful Sydney Hackerspace ( Robots and Dinosaurs ), to get some help.  Macca, an already competent Anodizer ( 😉 ) gave me a hand understanding the process.

First we mixed the active ingredient ( an acid ) with demineralized water, sitting inside of a PVC tube that contained a cathode ( a piece of aluminium ), and then the anode ( the front panel of the pre-amplifiers itself ) was connected to complete the circuit through a constant-current 2.5Amp power supply.

We let this do it’s anodize thing for an hour, then immersed it in a very string mix of red clothes die and more water ( this time regular, but warm, tap water ).

From there, around another hour later, it was straight into a boiling water bath for around 10minutes, to fix the die within the molecular structure of the metal, and then BOOM, you go a red piece of aluminium….!

So enough nerd speak, here are some crazy-cool images of the final result – a DIY “red”(ish) coloured set of pre-amplifiers: