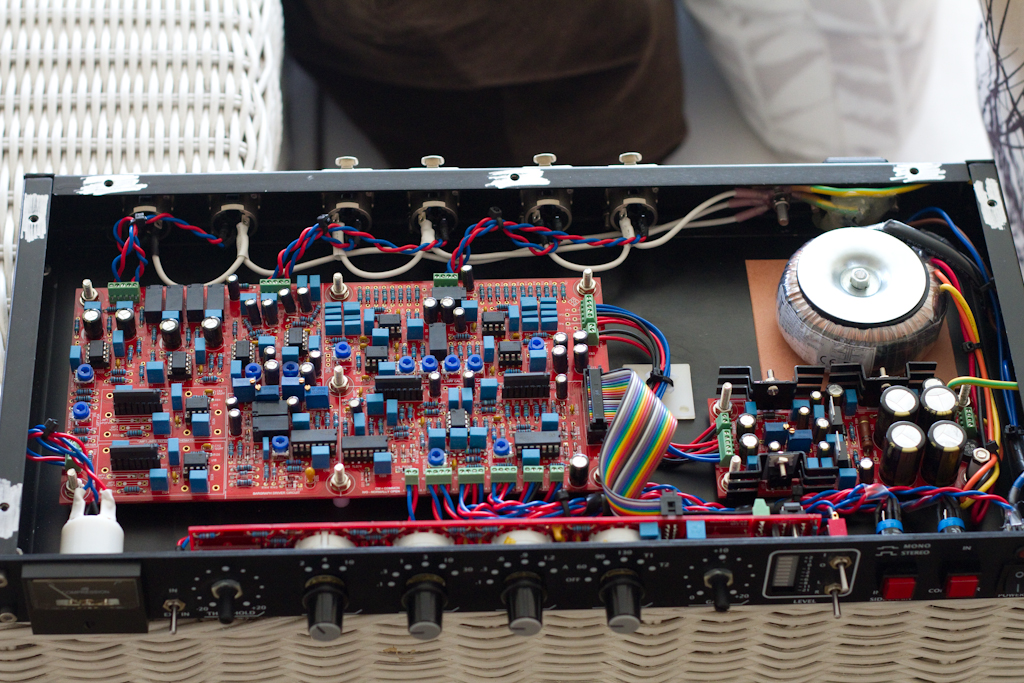 Well, we finally did it;  talsit and I finally finished building the SB4000 compressor.

Here are some images of our handiwork.  The meticulous wiring layout is mostly due to talsit.  Firstly you can see the heat-shrink applied to all bare terminals – here the compression engage and side-chain switches, and even heat-shrink also applied to cable bundles for support: 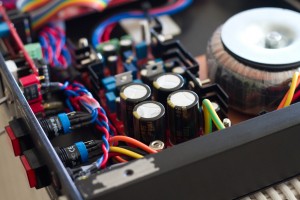 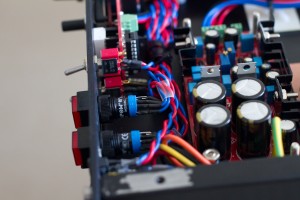 Next you can see some of the XLR wiring at the back, which uses a star-grounding scheme, that means each pair of XLR’s ( left and right ) is returned to ground separately ( which helps reduce noise and hiss ): 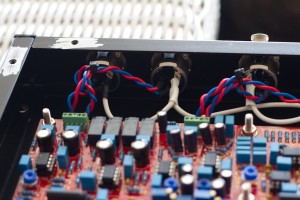 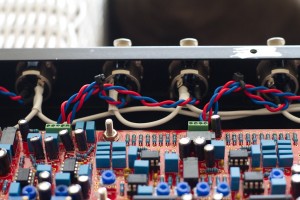 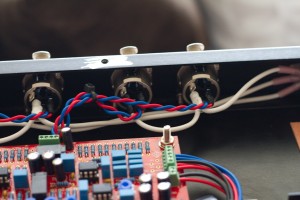 Next you can see the mains switch which has been hot glue-gunned for protection to remove any possibility of direct exposure to a bare live mains voltage ( should you feel the need to stick you face inside of the box whilst it’s on…. ) and the cable-ties for strain relief and rigidity to movement and bumps – it’s all about safety: 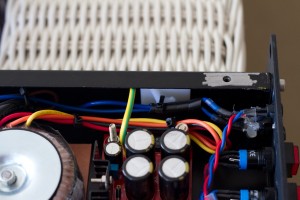 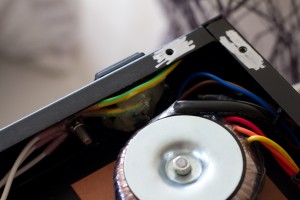 We also made sure that for future possible tweaks, things would be tied down, but not TOO much so – hence the plastic clip is used with a cable-tie, since the cable was too thick to fit through it directly and it means easy less fiddly access later on – you can also see the ribbon cable that feeds the display here too: 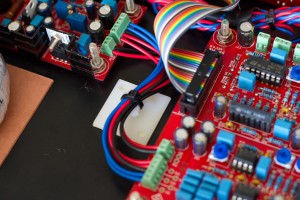 Red and Blue cabling was used for a consistent colour scheme throughout – to match the blue capacitors and the red circuit board – attention to detail was important to everyone involved: 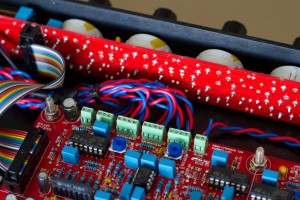 For those who bought a kit of parts from diypartssupply, you would all have the same meter.  It is marked with + and – slightly indented into the white plastic, which took us a while to find…. Noting that throughout Red is + and Blue is – we hope that these images might help some other people figure out how to wire it.  We also checked this with a diode checker ( which can verify the LED on the meter – the small tabs ) and the diode check on your multimeter can move the meter also to verify it’s polarity and orientation – which we verified before soldering: 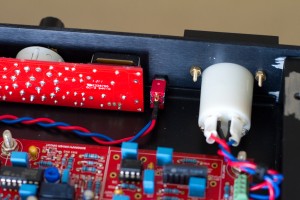 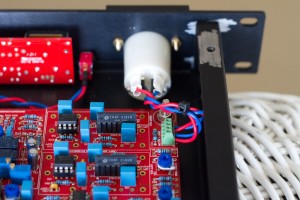 And here it is, in all it’s finished glory – waiting only for some better and sexier pot and switch knobs, and some testing and calibration – which I’ll write about next time.  It has been switched on and neither exploded nor got hot, and the switch lights and start-up procedure seemed perfectly fine.  The voltages also check out perfectly – so hopefully that means we have a fully functional compressor!: 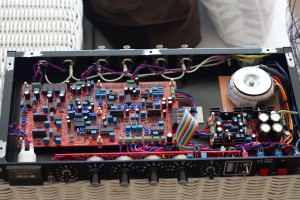