It’s been a while since my last post I admit. I was working for the last two years producing/co-writing/engineering/mixing/programming and mastering for the following album:

This album consumed almost every night over that two year period, but, just after I finished it, I got back into some long-awaited DIY audio! I was contacted by a friend of a friend about the possibility of designing and building a two-channel microphone preamplifier.

So I set about designing and testing various circuits.

The design I settled upon was originally going to be 2 stages of BigFetBloke gain stages (designed by Tamas of GroupDIY).

Here are some photos of the prototypes I made of these Discrete Operational Amplifiers: 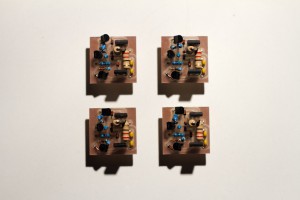 Unfortunately, I had quite a few issues powering these devices from +-24V rails derived from a custom PSU run from a Jaycar 17VAC plug-pack.

After quite a few extra LTSpice simulations and some thinking, I radically redesigned the entire device to use an e2510 and e2520 Discrete Operational Amplifier per channel, instead of two stages of the BigFetBlokes. 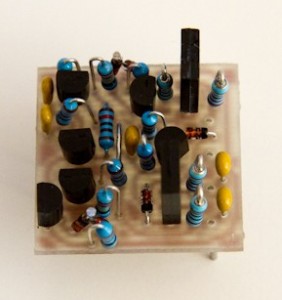 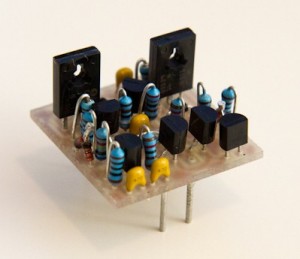 These are customized DOA’s I designed myself for low current drain and lower +-16V power rails.

These fixed the power issue and ran beautifully off of the Jaycar plugpack power supply.

Here is a photo of the custom power supply fitted into the final unit using laser-cut perspex mounting brackets I made (they were the first thing I ever made using a laser cutter!): 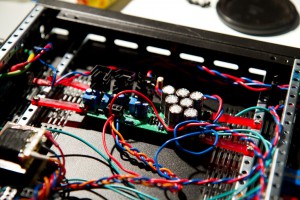 Here are some images of the final build, which tested beautifully, and sounds completely amazing: 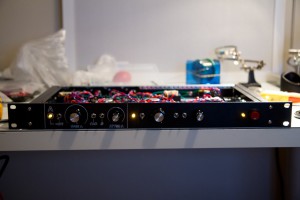 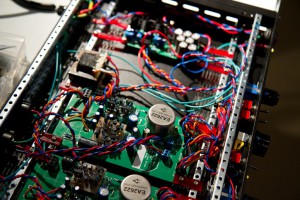 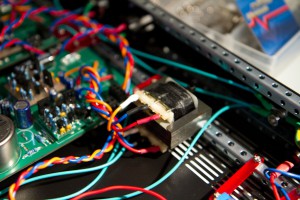 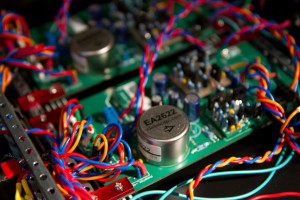 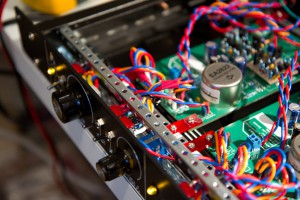 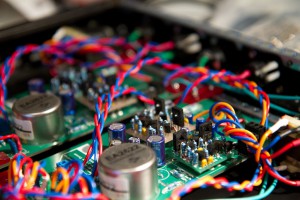 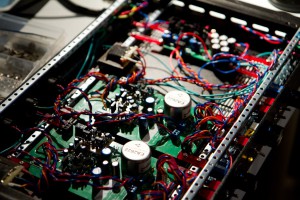 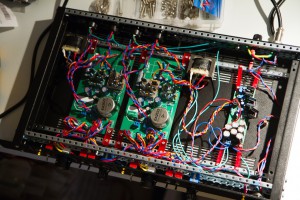 And here are some photos of the final device with custom front-panel fitted.

The custom is extremely happy with this design and the performance of the final unit.

He is using it to DI guitar, record microphones/keyboards and various other duties.

The final unit uses transformer-balanced inputs and outputs and 2 equal-stages of gain for a maximum gain of 70dB! 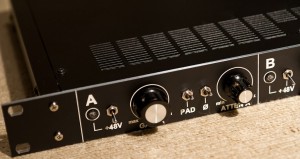 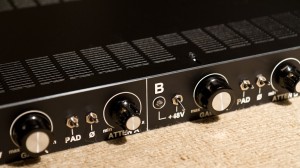 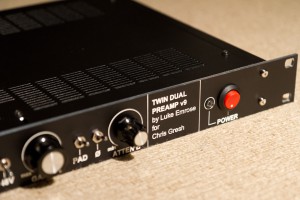 If you have any questions about this build just let me know!

One thought on “ePreamp01 – design and build”